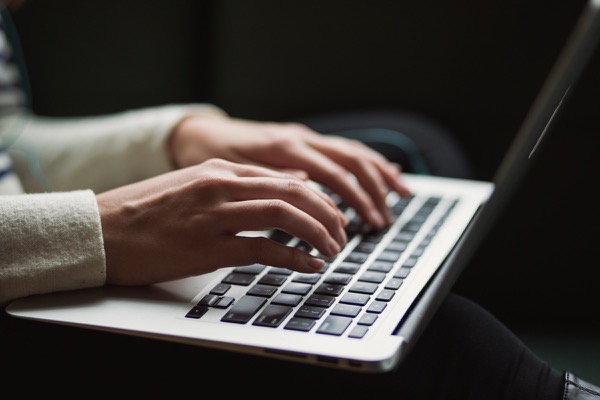 Short stories are an elemental part of the English curriculum. Getting to know about their stereotypical characteristics, writing summaries and analyses is essential when it comes to dealing with this wonderful form of literature.

Besides this, forms 9c and 9e were very interested in the writing process of short stories, especially where authors do get their inspiration and ideas from. Discussing this question, we figured out that many stories include autobiographical information of the writer being paired with his/her individual creativity and genius. Sometimes it just takes to listening to the news to getting inspired. In class we listened to a short news report about a Hit and Run incident which we based our own “shorties“ upon.

Have a read yourself be inspired!

It was pouring so heavily that I thought I could drown any minute if I were to go outside,
but luckily, I was secure inside of my car. ‘’ I just don’t know what I did to him for him to treat me like this. “, I said. In fact, you would think that one would be furious if being cheated on, but I wasn’t. ‘’ It’s just so disappointing. Was I not enough for him?” “Hannah, did you honestly think he was going to be loyal to you? I told you several times that I don’t think he is trustworthy. ‘’ my best friend Zoe said, sitting next to me in the passenger seat. How do you think this is going to help me now? I thought to myself not wanting to cause a fight between the two of us. ‘’ You should get your revenge on him, do something extreme! I promise it will help you get better. Honestly, I would probably run him over or something. ‘’ she chuckled under her breath. In all honesty, it did not sound like the worst idea at that right moment, so I just chuckled as well, trying to forget about him. I was glad that she was by my side right now, but what I did not like was the destination of our little trip that she had decided on. We were heading to a party.

After a good five minutes of silence, she said: ‘’ Now look who we have here.’’ pointing at a shop on the right side of the street. It was Tom. He was walking towards the coffee shop from where you could already smell the scent of roasted coffee beans. I could feel how I started to become more and more furious until something snapped in me. How could I just let him do that to me?! Was I not strong enough to fight back and make him regret cheating on me? I tightened my grip around the steering wheel and tried to calm myself down. ‘’ Now’s your chance. Do you have a plan?’’ Zoe giggled. I was so frustrated that I felt as if I was going to explode. The sound of the rain started to upset me, and I could not think straight anymore so blinded by the anger that was fuming inside of me. I stepped on the gas and I was pretty sure that I was exceeding the speed limit, but I could not care less about that.

Right before we passed by him, I calmly said: ‘’ Open the door.’’ I said it with such certainty that it scared me. ‘’ What?’’ I could hear how shocked she was by my sudden change of mood. ‘’ Just open it when we pass him. I want him to be hit by the door.’’ Just about 2 seconds after I said that I could feel the wind entering the car and I felt the raindrops hitting my arms and dress. A scream followed. I was not even sure if she had opened the door but that was when I knew we had successfully hit him.

I checked the rear-view mirror to make sure he was not hurt too badly. I felt a sense of relief washing over me and I high fived my best friend. ‘’ Serves him right’’ I said while having a wide grin plastered over my face. ‘’ I can’t believe you actually did that! You should step on the gas, so he won't recognize your license plate though.’’ she told me, and I did so.

We spent the next ten minutes cheerfully chatting about the party we were heading to and it seemed as if the sky was finally clearing up. I felt no sense of guilt and turned on the radio hoping for some good songs to loudly sing to, but it was not a cheerful song that I heard. It was the voice of a news reporter.

‘’Good evening! You are listening to WABC! This is today’s news. Hit and run accident occurred on Highstreet in Bloomington. A 16-year-old boy was hit by a car that failed to stop or slow down. Witnesses and the injured boy told the police that the car’s door was opened by one of its passengers while the driver was approaching at high speed. The boy was hit by the door and suffered minor injuries. Police are investigating.’’ The voice of the news reporter echoed in my head and my head started spinning. I stepped on the breaks but the only thing I could notice were the red and blue lights behind us, as well as Zoe’s muffled tries to get me to snap out of it. “What have I done?”

Murder under commission (by Finja, 9c)

Today was the day my whole life changed. But before we get into this, let me explain the circumstances leading up to it. Yesterday, I was at work waiting to end my shift and that my brother would pick me up. My brother Josh is one of the Secret Service bosses in Bloomington and I am just a small light assisting him, though I am always by his side - at least that is what I thought.

He kept a secret from me all day, as if I would not notice it, I mean is it not proven that twins have telepathic skills? I do not know how long I have been waiting, but there he came out of the meeting room. His appearance is the same curly, ginger hair and blue eyes like me though his face is shaped quite different. Josh is always there for me. At the darkest times of our lives, when our parents died in a car crash five years ago or when I had my rebellious phase, Josh always helped me out of trouble. Something was off the second he came out of the meeting room. I just knew something happened. His face changed from always being happy and smiling to a serious rather guilty expression:
‘Ginny, we have to talk. Something serious happened which is unacceptable and will affect you as well as me.’
‘Oh, so we are going straight into disaster again?’ - I answered.

‘That’s not funny, let`s get into the car. I will give you all information you need in a quiet, unobserved place.’- Josh said, still being weird.
‘Fine’- I just said walking towards the car as fast as I could. We started driving home in silence as if nothing has happened.

‘Can you just tell me what is wrong, it can ́t be that bad. I mean we already lost our parents, right?’ Making jokes with my dark humor is probably not the best way to cope with stress, though it is still pretty funny to me.

‘Still not funny.’- Josh reminded me, I guess we only look alike our personality could not variate in a more different way, I was always the shy, reluctant sister, while he was the outgoing, funny personality of our duo.

My childhood best friend? He works in our ‘business’ as well. We just found out he is telling business secrets to our major enemies. So now the company wants us to ‘shut him up’ ... when you know what I mean?!’
From that moment my whole body was numbed, blood rushed through my head and I could not breath. I rolled down the window to get some fresh air, it was a late summer night, though to me it felt colder than usual.
‘They... they want us to kill Grayson?’- finally words stumbled out of my mouth.
‘Yes, we have to do it! We haven ́t talked to him for ages, right?

I know it’s bad. I mean that is what our job is about.’- Josh answered.

Not that bad? I do not know what to do now. What nobody knows is that me and Grayson started talking again last November and are now happily dating for over two months. And now they expect me to kill him? How should I explain this to my brother? ‘Ginny, are you okay? You’re really looking pale.’
‘Yeah, I am fine, just really shocked.’
‘I know - I was too, but it all has to happen tomorrow night. He will be driving to a meeting point with our enemies. It will be easy, he will be on a bike, so we can easily just do it and drive off.’ - he said with a straight face not bothered at all.
I could not comprehend what I just heard. I have to kill my boyfriend tomorrow! This was too much for me...Now you know everything that happened, so we can jump to the present. It is late, already dark outside. I spent the whole day cogitating, about how I can get out of this crazy situation. I have not told Grayson as well, how could I! I then, would not only betray the secret service, but also my brother. After I been in my thoughts for a while, I hear someone knocking on my door.
‘Are you ready?’- Josh asks fully dressed in black and ready to go.
‘We have to go now or else we will miss him!’

‘I`m coming’ - I shout as I put on all black attire and head out. I already convinced myself in killing Grayson as no other choice. Josh meets me at the car, looks me in the eyes and grabs my hand saying: ‘We got this!‘

I was shocked how relaxed he sounds. We get into the car and start driving. It is almost midnight, so there is no choice in being late. As we turn into High-Street, I suddenly realize that I do not want to hold myself accountable for doing what I was about to do. I start crying and screaming into Josh’s face.

‘I can ́t do it, Josh! I love Grayson! We are dating, but I couldn`t tell you. I don`t have the heart for doing something I am going to regret. I love you... but I‘m out.’ Then I open the car door and was about to get out when Josh pulls me back in saying:

‘No, you’re not going anywhere! How could you not tell me?’
Now he was tearing up as well. Suddenly Josh starts driving as fast as he can. I cannot even close the door again. And then it happened.
We could not see Grayson either, as we are both in tears.

Josh indeed forgets the open passenger car door. I just hear a loud crash and know we hit Grayson with the car door. I jump out of the car and start running towards him, he passed out and lays there in a pond of blood. Immediately I start crying sitting next to him, trying to stop the bleed, but the strike is too heavy. The blood is everywhere. And then I faint, too. I vaguely remember Josh carrying me back in the car and driving off leaving Grayson behind ...